Photo booths, a capturer of moments since the 18th century and still catches people’s attention in the 21st Century.

Photo Booths have been around since the late 18th century and to this day, captures the curiosity of people far and wide. The inventors of the photo booth were William Pope and Edward Poole of Baltimore in 1888 but the first working one was not seen until 1889 at the World’s Fair in Paris by T. E. Enjalbert. The most successful one wasn’t until 1925 in New York by immigrant Anatol Josepho whose photo booth saw more than 280,000 customers within the first six months. 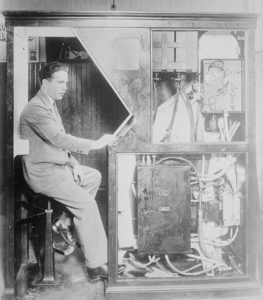 So what’s a great way to utilize this two century year old machine? Weddings actually make the perfect setting. Photo booth pictures make great thank you gifts for your guests in lieu of wedding favors. Photo Booths are a great icebreakers and a great way for guests to have some additional entertainment at your special occasion.

When you step into our booths you’ll have a wide variety of props to choose from which are always included in our packages. The attendant who is friendly and courteous will assist you and your guests in and out and hand you the photo strips that are custom designed for the event. You’ll have real pictures and not the inkjet imitations that often come out of the lesser photo booths. Our photos are real and don’t smear. You and your friends can enjoy your photos and keep them forever.

Years later looking back it’s a feeling of happiness reliving the memories and especially if you saved a copy of each picture in a photo album or online. Photo booths have been here for over 180 years. The reason why photo booths lasted so long is because it has a way to allow people to be uninhibited, goofy and other fun adjectives.

Today, getting a photo Booth at your event is pretty easy if you’re hiring a professional. There are many “deals” out there that are too good to be true. Places like Groupon and other for profit marketing organizations often have incredible deals on photo booths with a really cool picture of a photo booth for the buyer to see what they’re getting right? Wrong! Our company tested a couple of these “promotions” and “deals” and discovered that many of the marketing companies behind the photo booth advertisements were using the same stock footage to sell a product that was different than what the unsuspecting consumer would end up getting. Our DJs have been to many events where the client did not get our booth but instead found something on one of these too good to be true ads only to discover that they didn’t get what they ordered, the people were late and the booth stayed closed most of the time because it wasn’t working. At the end of the day, the client may have saved money up front but it cost them more in the end. Our team can help you avoid that.

We have amazing packages that encompass the DJ, Lighting and Photo Booth at a price that will not break the wedding budget. We promise that your investment in our company will benefit you and every guest at your event beyond your expectations.